Gounaropoulos developed his artistic idiom in Paris in the 1920s, a time when the city’s artistic circles fell under the influence of Freud’s psychoanalysis and the art of ‘primitive’ cultures, and surrealism was at its zenith. Gounaropoulos was receptive to these calls, albeit in a selective manner. He created instead a personal universe, a dreamlike fluid space, which could accommodate, in all its complexity, his most important subject: the woman.

His innate talent for drawing, his academic studies and his investigation into the use of line in ancient Greek art enabled the artist to express his inner visions through the lyric curves of continuous-line drawing. In the Vase with flower and female head,the drawing is of paramount importance, while curves reign supreme – in the vase, landscape, flowers and leaves. In this way the artist creates a sequence of associations revolving around the female body, and the viewer constantly discovers new forms hidden within the observable images. 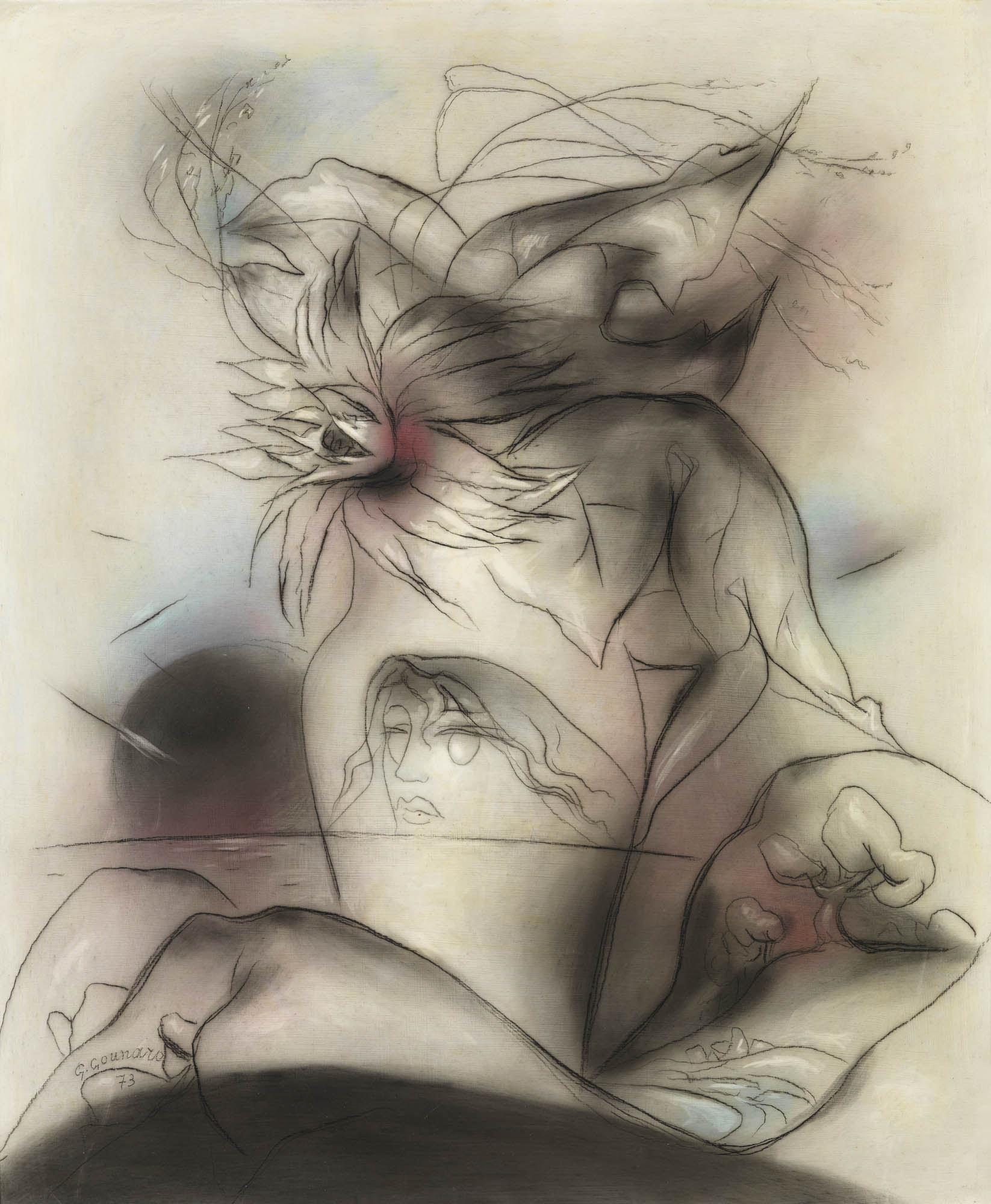