The fish has timeless symbolic connotations of regeneration and vitality and is one of Gounaropoulos’s beloved themes. It is deeply connected with his childhood experiences by the sea and the fishermen of his hometown, Sozopol. His family’s livelihood depended on a good catch and he himself enjoyed fishing up until a very old age, when he would go fishing with his son and his friends in Rafina. To him it was more about the reverie and the observation of life in the sea than about the catch itself.

With their iridescent colors, shiny texture and characteristic movements in and out of the water, fish were both a source of inspiration and an artistic challenge for the painter. At times he depicts them swimming, other times he places them in still lifes, and sometimes he portrays them in surrealist fusion with horses or women. This particular composition featuring the female form in the water generates a variety of associations. 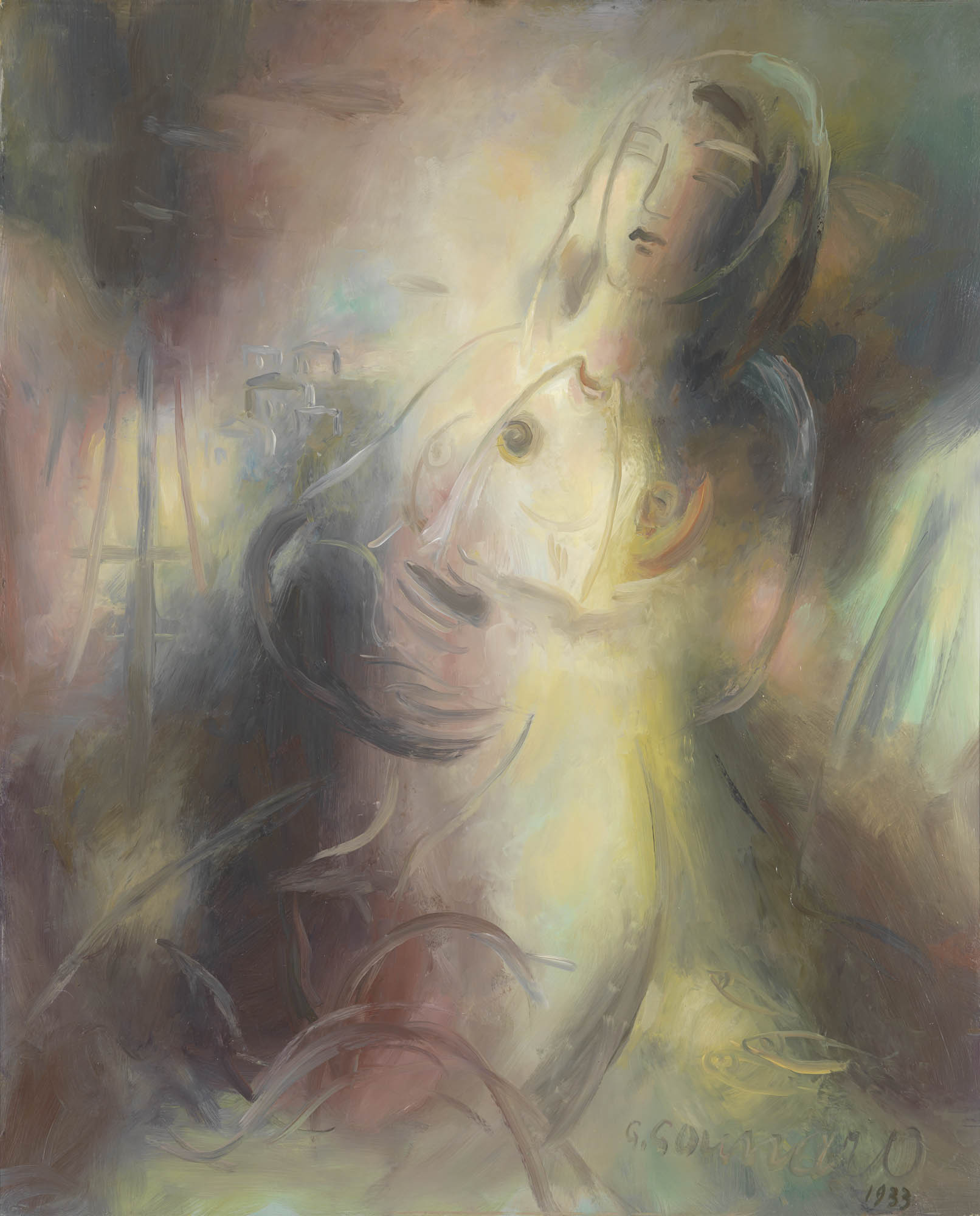 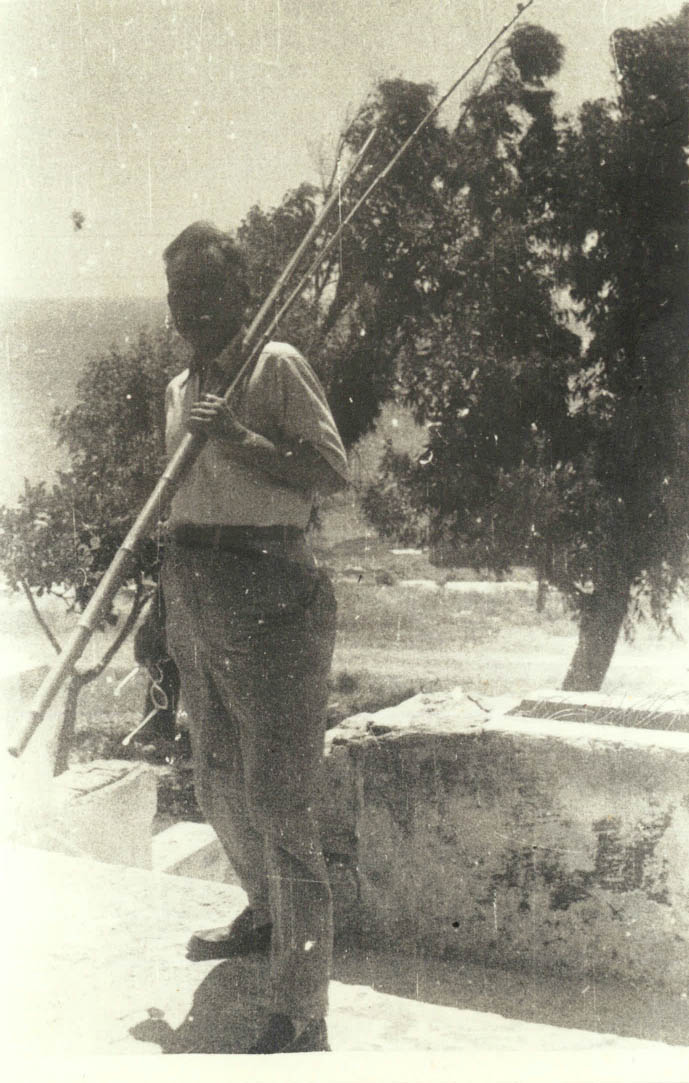 Giorgos Gounaropoulos with his fishing rod